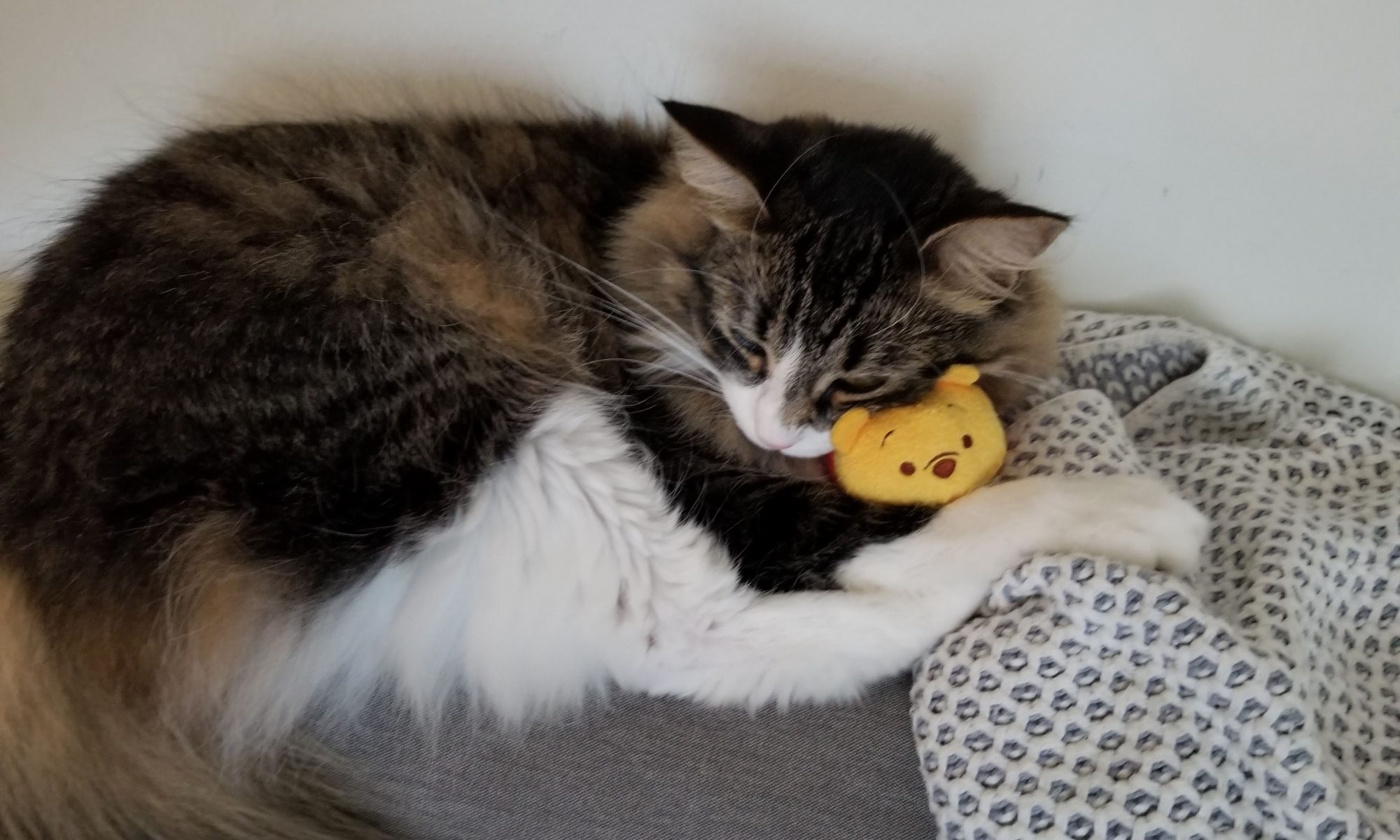 It seemed like a good time for another installment of Flash Fiction Friday.

This is the prompt that my story is based on:

Write the beginning of a story that takes place in the protagonist’s home. Use at least 3 senses to describe your scene or set an emotion. Please write 350 words max.

I was feeling onery the day I wrote this and wanted to write something that would create an unpleasant or at least uncomfortable impression.

Let me know what you think!

With a sigh, she turned the key and pushed. The door opened three inches, then stopped. Crap, those damn cats must have knocked something over, she thought to herself.

Taking a deep breath and bracing her shoulder against the door, she shoved. One, two, three. It budged just a bit more. At least there was now enough of an opening that she could squeeze herself inside.

Gripping the door frame with one hand and the doorknob with the other, she stepped up onto a pile of junk mail, books, and empty takeout containers. As she began to hoist herself upwards, a black flash shot past her and she fell.

“Darnit Jasper! You had better get back here!”

She named all of her black cats Jasper, it was just easier that way.

Refocusing on the task in front of her, she pushed her substantial girth up onto the mound that was blocking the door, teetering cautiously atop it.

The reek of ammonia sucker punched her. She attempted to blink the sting away. This was another reason why she didn’t like to leave her house, any length of time in fresh air intensified the cat urine stench when she returned.

She told herself that her accumulation of things was actually a budget-friendly, cat-centric decorating technique – using found objects to craft a multi-level, feline wonderland. But the boxes she collected for the cardboard cat fort she once intended to build had become a haphazard catchall.

Twisting, she pushed the door shut before prying eyes caught a glimpse inside. Darkness engulfed her. Last summer she had covered the windows with aluminum foil to try to keep the house cooler. It had been sort of cozy until her electricity was shut off, now it was like living in a cave. This wasn’t a problem for the cats, they could see in the dark. She told herself that the darkness was just another way that she was providing for her feline companions.

The avalanche had thrown off her established route to the sofa. She shuffled ahead slowly. After bumping into a familiar pattern of knee and waist high piles, she arrived at her destination. Her hands fumbled for the one, clear spot where she could sit. It was covered with sleeping cats.