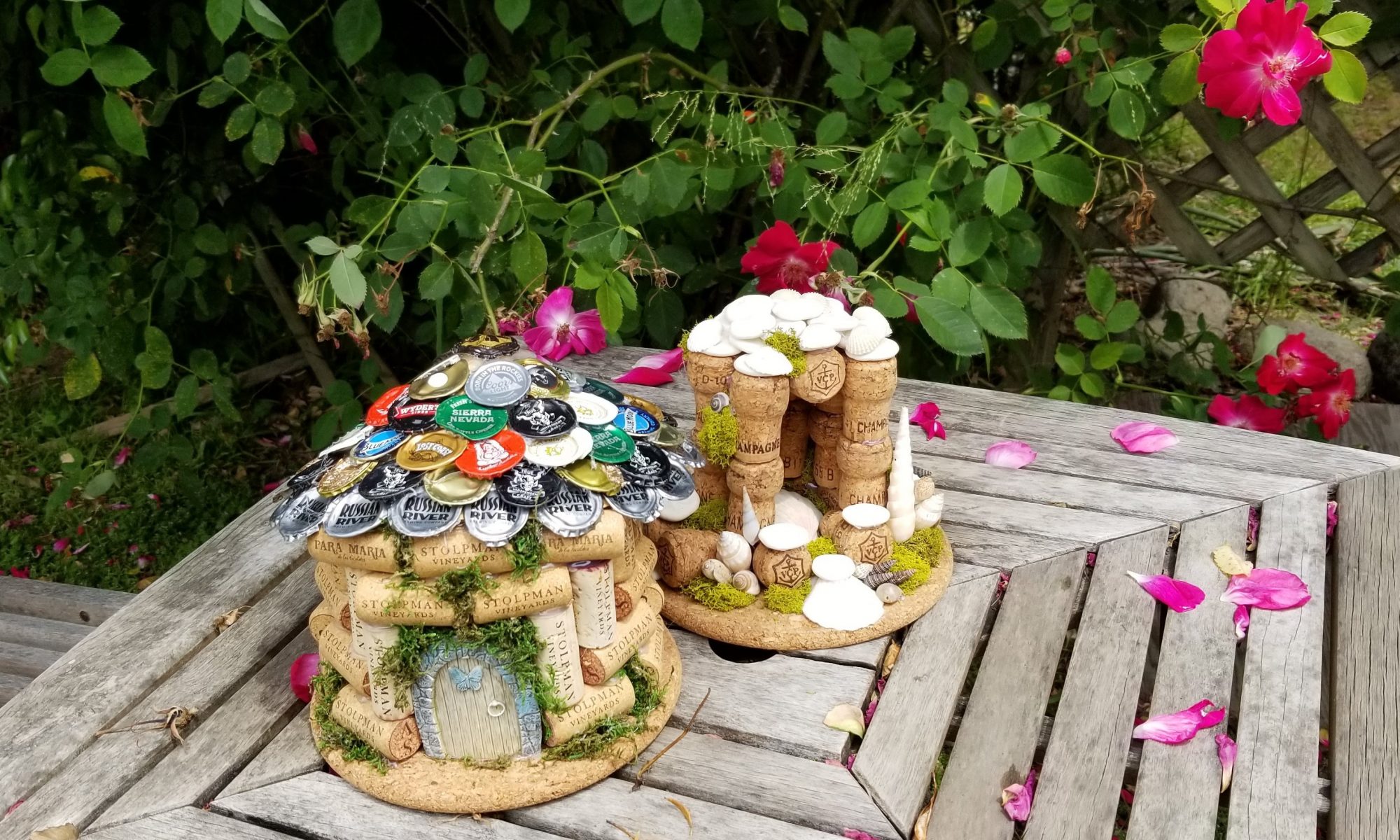 Somehow, I tricked my friend S into coming over for craft day this past weekend.  I’m still surprised that she let me talk her into it.  But in spite of how much of a poorly conceived idea it was or how much craftprehension we started out with, we managed to have a great time and created a couple of delightful fairy houses.

The great thing about building fairy houses, or any fairy garden furnishings is that fairies are magic, so whatever you make for them doesn’t actually have to be functional.  As long as the intent is there, the fairies can do the rest.

I have been wanting to make a fairy house out of wine corks with a beer bottle cap roof.  Because Pinterest.  I’ve been collecting supplies for a while (tough work, I know).  S brought her collection of Veuve Clicquot corks and seashells because she is fancy like that.

Of course, in my house the single greatest barrier to crafting (and productivity in general) are furry little somethings named Anabel and Sally.  Hot glue and fluffy kittens are a bad combo.  So craft day had to happen al fresco.

Mr. Man was a helpful enabler.  He set up the easy-up canopy and a table in the driveway.  He also ran an extension cord and power strip for us and loaned me some handy tools (I have got to get my own needle nose pliers, they are SO useful).

We gathered our supplies, poured a couple of mimosas and got to work. Our warm-up craft was making champagne cage miniature chairs (it is important to warm up for all sorts of activities, not just working out).

Then it was time for our experiments in magical architecture.  While S got started on her Veuve Clicquot sea-fairy temple, I sorted through my wine cork collection and realized that I had enough Stoplman Vineyards corks to make a single brand fairy house too.  We used Ikea cork trivets as our bases.

After enough mimosas and only a few glue burns, our masterpieces were complete!  Now the only problem is where to put these houses to let the magic get in.

Craft day was a success! Fortunately (or unfortunately) we have a load of supplies left over.  I hope we can do it again soon.